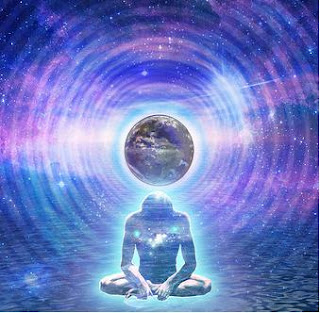 What Is Physical Reality?

Physical reality is a reflection, like an image in a mirror. You know that to change your image in a mirror from a frown to a smile you have to smile first before the mirror can reflect it back to you. You wouldn’t reach out with your hands and try to grab hold of the edges of the mouth in the mirror and turn them up. 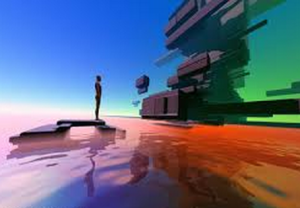 Matching the Frequency of How You Are Creating Physical Reality

“The difference between madness and genius is shifting consciously and creatively.”

Expansion is about becoming comfortable with breaking continuity and moving effortlessly through the unknown. You let go of things needing to be the same and venture into the parts of you that have until now you have kept covered up. In the old paradigm going into the unknown was something to be feared and avoided. Now you’ve redefined the unknown and being different as something that is exciting and adventurous. In the past if you unconsciously changed abruptly or dramatically to something very different you may be considered crazy, delusional, or schizophrenic, but now you can drastically shift to something very different and be considered genius if you do it consciously and creatively. The difference between madness and genius is making big shifts consciously and creatively. 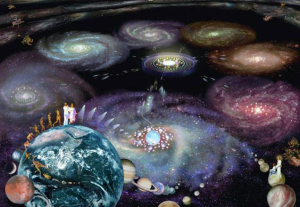 Levels of Consciousness – That Make Up This Incarnational Experience

Your consciousness tightens its focus many levels to reach physical reality. As stated in the Laws of Existence you are All That Is expressing itself as particular perspective called physical reality. There is the One, there is All That Is, and there are levels upon levels of consciousness beneath that. There is the level of Earth consciousness which is made up of several hundred thousand oversouls that contain the billions of individual incarnations we know as people.

The oversoul breaks itself into nine levels of consciousness to be the individual incarnation that you know as the person you are. The levels of consciousness immediately relevant to Earth are: oversoul, individual soul, higher self, template reality, automatic collective mind, automatic individual mind, unconscious, subconscious, and conscious minds. Each level is denser than the previous one. As you expand and become more enlightened you become more aware of the levels above.

Physical Self and Higher Self

You can also view the nine levels of consciousness as being be broken into two parts, the higher self and physical self, or also called the higher mind and physical mind. The higher mind is 5th density non-physical and acts as a guide that has a bird’s-eye view because of its infinite perspective. The physical mind is made up of the bottom 5 levels of consciousness, is 3rd density, and  is down in the valley, so to speak, and has a limited perspective. The higher mind “conceives” what is going to happen, the physical mind only “perceives” what is happening, and the brain “receives.”

The template reality is the level of consciousness that separates the higher mind and physical mind. It is the realm where the life theme or blueprint of life is laid out. It is 4th density energy, quasi-physical, dream-like and the place you can change who you are. You spend more and more time there as you ascend and expand.

Your Powers in the Physical Reality Game

Understanding that your purpose here is to be the most you can be and understanding the powers you utilize to make that happen while playing this physical reality game are essential to being able to play the game with mastery. 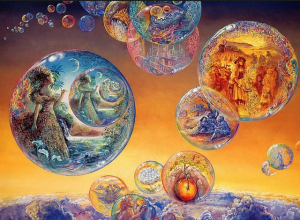 You come into physical reality to experience and expand your understanding of yourself. The mechanism or powers you use to accomplish that are as follows: Perceive, which is to become aware or conscious of something. Choose what is most exciting to you from your perceptions. Act on your excitement to ground it into physical reality. Experience something when you take action on it. Reflect to yourself what you have created so you can learn. Grow from your learning. Transcend and go beyond what you were before. Forget, so you can begin anew from a fresh perspective to experience yourself in news ways, taking new actions that allow you to be more of who you are. Forgetting is a wonderful power to make something appear new in the face of everything already existing. Taking a new perspective is an amazing power indeed.

Experiencing yourself as physical reality expands your knowledge of who you are. The powers you use in creating your life are: perceive, choose, act, experience, reflect, learn, grow, transcend, and forget. By utilizing these powers you move from being an apprentice, to an adept, to an alchemist. It is a cycle you do again and again forever expanding in your knowledge of who and what you are. 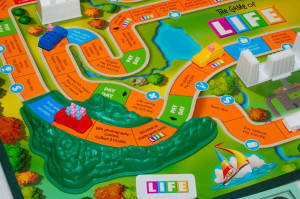 Physical Reality is a Game

Incarnating into physical reality is like choosing to play a game. The current players, the game board, and most things in the game are set up to perpetuate the game by making it appear that what is real is an illusion and what is an illusion is real.

By incarnating you put yourself into a kind of sleep where you forget who you really are and become reflections of who you are, which are represented by what appears as things outside of you. Your life becomes a house of mirrors where you and everything around you is something different than what it really is. Birth starts the game and death ends the game. You play the game over and over, again and again from every angle until  you learn everything it has to teach you and become a master at playing the game. You are a master when you are awakened and know your true infinite identity while you are still inside the finite parameters of the game.

When you are awakened you understand how to utilize the power of the illusion rather than being under the illusion of power, you have shifted to a different game where you play knowing that what is real is the experience and not the made-up reflections that appear to be outside of you.

The game has different levels of consciousness or scales of awareness, which are sometimes referred to as 3rd density or 4th dimension. The game where you are awake is a 4th density or 5th dimensional game. The 3rd density game is limited, for the most part, to the idea that the only people that exist are those on Earth. The 4th density game is more open and expanded and includes many players from many civilizations throughout the galaxy and beyond.

The physical self is like a diving mask. It is not you. It is just the head gear you wear to have certain experiences and play the game.

All of the people and things in your game are projections onto your higher mind mirror, which is like a holographic screen of your own universe. It is like you make up a video game inside yourself that you are playing inside of your own consciousness. All the people that you interact with in your virtual reality game are doing the same thing as you in their own virtual reality universe. You are not really interacting with them, because you make up your version of them to interact with on your screen and they make up their version of you to interact with on their screen.

The only way to interact with others is by agreeing to do so. If you do not choose to have them on your playing field, then they will not be there. If they are on your playing field and you do not want them there, then you know that you must be choosing it on an unconscious level. If you want certain players on your field of play, then those individuals who have representations of those certain players will synchronistically show up to play with you.

You will know that you have reached a certain level of mastery of the game of life when all the tools and techniques of playing the game seemed to have merged into into one idea, which is to simply “Be Who You Truly Are.” The way to do that is to be present in the moment expressing your joy.